The Bridge Over Neretva, by Django Wylie, now released in Greece, translated into Greek by Gregory Papadoyiannis

I think what makes the process of writing so ineffable is the distances involved. My words, once on the page, instantly feel as if they are an at an enormous distance from the depths of my muddled interiority where they were spawned. Now you, the reader, encountering and reawakening these words, somewhere across this teeming continent of ours, are also at a great distance from me. And yet, the essential satisfaction of reading and writing comes from the intimacy of the connection that is established. As you turn each page, my words become yours, in much the same way that I must have read and reformulated them from centuries of books, the blare of childhood television, the swirl of broken conversations… In short, the whole transaction is so powerful because ultimately it cancels distance, and makes us feel less alone. When I was writing Bridge over the Neretva, I don’t think I ever really believed that anyone would read it. And now you are, which makes the world seem a little less lonely, and the possibility of forming connections in this seemingly disintegrating world, a little more likely. This is a book about brotherhood and friendship, and this is for you, my unknown friend, and brother in this silly business called literature.
Django Wylie

Based on an unexplored slice of World War II history, Exile Music is the captivating story of a young Jewish girl whose family flees refined and urbane Vienna for safe harbor in the mountains of Bolivia

As a young girl growing up in Vienna in the 1930s, Orly has an idyllic childhood filled with music. Her father plays the viola in the Philharmonic, her mother is a well-regarded opera singer, her beloved and charismatic older brother holds the neighborhood in his thrall, and most of her eccentric and wonderful extended family live nearby. Only vaguely aware of Hitler’s rise or how her Jewish heritage will define her family’s identity, Orly spends her days immersed in play with her best friend and upstairs neighbor, Anneliese. Together they dream up vivid and elaborate worlds, where they can escape the growing tensions around them.

But in 1938, Orly’s peaceful life is shattered when the Germans arrive. Her older brother flees Vienna first, and soon Orly, her father, and her mother procure refugee visas for La Paz, a city high up in the Bolivian Andes. Even as the number of Jewish refugees in the small community grows, her family is haunted by the music that can no longer be their livelihood, and by the family and friends they left behind. While Orly and her father find their footing in the mountains, Orly’s mother grows even more distant, harboring a secret that could put their family at risk again. Years pass, the war ends, and Orly must decide: Is the love and adventure she has found in La Paz what defines home, or is the pull of her past in Europe–and the piece of her heart she left with Anneliese–too strong to ignore?

“A beautiful coming-of-age tale… Moving, evocative, and well-researched, this is sure to linger in readers’ minds long after the last page has been turned.” —Booklist (starred)

“Beautifully narrated…From the very first pages I was swept up.”
—Georgia Hunter, New York Times bestselling author of We Were the Lucky Ones

Jennifer Steil is the author of The Woman Who Fell From the Sky, (Broadway Books 2010), a memoir about her tenure as the editor-in-chief of the Yemen Observer in Sana’a, Yemen. The book received favorable reviews in The New York Times, Sydney Morning Herald, and Newsweek magazine as well as in other publications. National Geographic Traveler has included the book in its list of recommended reading. The Minneapolis Star Tribune chose it as a best travel book of the year in 2010, and Elle awarded it the magazine’s Readers’ Prize in August of that year. The Woman Who Fell From the Sky has been published in the US, New Zealand, Australia, Germany, the Netherlands, Poland, Italy, and Turkey. Steil’s novel The Ambassador’s Wife was published by Doubleday on July 28, 2015. The book received the 2013 Best Novel award in the William Faulkner-William Wisdom Creative Writing Competition. The Ambassador’s Wife is published in Italy and will be published in Bulgaria, Greece, and Poland.
Steil’s novel Exile Music was published by Viking in 2020. Exile Music tells the story of a Jewish girl, Orly, whose family flees the Nazis, relocating from Vienna to the mountains of Bolivia. Steil contributed to the book Not A Rose, CHARTA, Milan, New York, 2012. For this book, a hybrid work that is both book and conceptual art installation, she wrote an essay entitled “Roses After Rain.”

Lessons from the Greeks – Μαθήματα από τους Έλληνες is a bilingual edition, of 170 pages, the book was translated by Gregory Papadoyiannis and the cover is a product of Strangeland -strange days team work.

Aphrodite and the bitches

whispering behind their hands

smirking at us mortal fools

no better than their

a chance to trip us all up

while we vain women

purchase  hope from bottle or jar 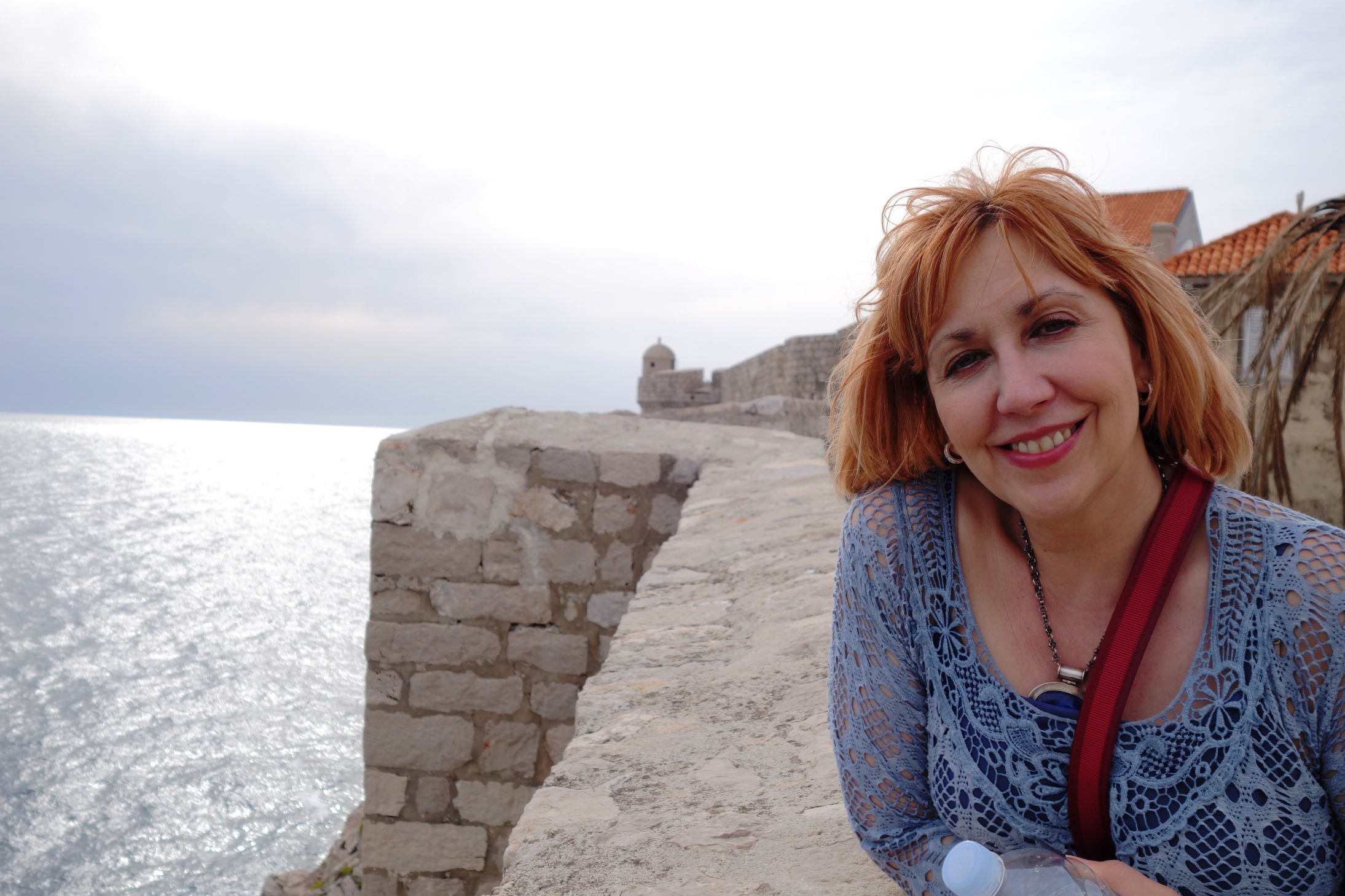 Gail Sidonie Sobat is a poet, a singer, and the author of 12 books. She is the creator/coordinator of YouthWrite®, camps for kids who love to write… just about anything, and an instructor in the communications programs at MacEwan University and in the Faculty of Education at the University of Alberta. Gail has presented across Canada, including Canada’s North; Doha, Qatar; Hanoi, Vietnam; Bern, Switzerland; Helsinki, Finland; Istanbul, Turkey; and more recently at the Northeastern Modern Language Association in Baltimore, Maryland. She’s been writer-in-residence in several Canadian schools, at Queen’s University, in Doha, Qatar, at the University of Alberta through the Canadian Authors Association, for the Metro Edmonton Federation of Public Libraries, and for NorthWords in Yellowknife, NWT. Her work is published in academic and literary journals, anthologies, and has been broadcast on radio and performed on stage. Gail is a Global TV Woman of Vision and a recipient of her city’s Arts and Culture Citation Award. She’s moved 40 times in her life from Badlands to Siksika Nation Reserve to hideous suburbs to Istanbul to the Sunshine Coast to her writer’s garret in a century-old temperamental house.

Fifteen-year-old Wynd doesn’t know she’s a fairy, but she has already nearly lost herself to the wind. She longs to fly, to be free, to disappear. Problem is, she cares too much about her ten-year-old sister to leave her behind. Sylva would never make it in the foster care system on her own. She thinks she’s a tree. And no one believes her but Wynd.

The two sisters were found, five years earlier, on a road by a forest. They have vague memories of this forest, as well as of the gunshot sound that killed their mother. When Sylva becomes deathly ill, it’s up to Wynd to save her sister and take her back home to Florissant, an enchanted forest with a boarding school for orphaned fairies. Yet little does Wynd know that coming home is only the beginning of a great — and dangerous — adventure that will force her to face her deepest fears in order to save the fairy realm.

It turns out Shakespeare wasn’t right about everything when he wrote A Midsummer Night’s Dream. He got some of the fairy lore right. And some of the characters.

But the great playwright could have never guessed that, centuries later, the fairy kingdom would relocate to the New World – the state of Georgia, to be more precise – where there were still old-growth forests that could sustain magic.

And not even someone with the imagination of Shakespeare could have guessed that a fifteen-year-old wind fairy would cross paths with Titania and Oberon all that time later, and help them save the fairy kingdom with a performance of A Midsummer Night’s Dream in an enchanted forest. But no doubt he would have found the irony delicious.

Patricia Marchesi is an English professor specializing in Shakespeare and Renaissance drama. She teaches at a liberal arts college an hour from Atlanta, GA. Her academic research into the role of trees and forests in Shakespeare’s plays led to her discovery of how precious and rare old-growth forests are, and inspired her to write Florissant. Before embarking on the young adult fantasy genre, she wrote two science fiction novels for middle grade readers, Shelby & Shauna Kitt and the Dimensional Holes and Shelby & Shauna Kitt and the Alterax Buttons, both of which were self-published and won Children’s Literary Classics gold awards.

Marchesi is originally from Rio de Janeiro, Brazil, and has also lived in Austria and England. In the United States, she has lived in New York, Delaware, Colorado, Arizona, and (now) Georgia. 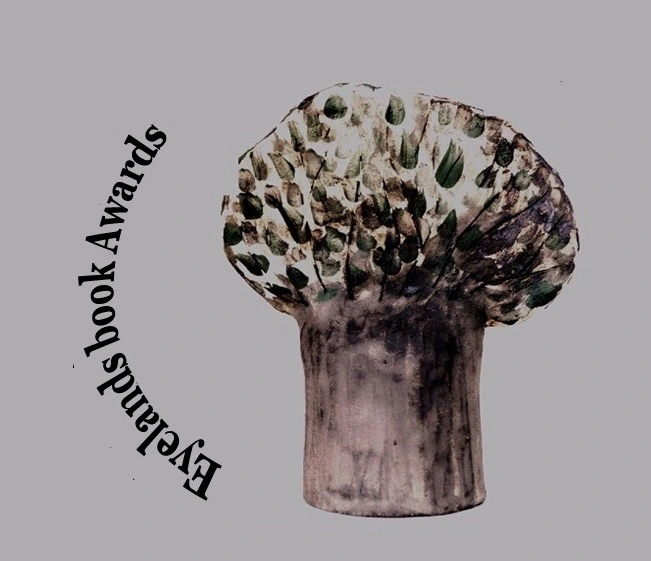 Funny and sad at the same time FOR ENTERTAINMENT PURPOSES ONLY (A Collection of Memoir Interstitials) by Michael Robinson Morris is a bittersweet narrative of the years from childhood to adolescence.

It is also the first ever book translated in Greek and published from Strange Days Books as a prize for the Grand Award of EYELANDS BOOK AWARDS 2018 – category: Unpublished book, subcategory: Short Stories.

But there is something more: «Palaiochora Unbound», an extraordinary chronicle of his days at his first visit in Greece many years ago. And this chronicle is written when the writer was in Greece attending our first Three Rock Writers Residency Program in the spring of 2019!
strange days in the world – 10
Translation: Gregory Papadoyiannis
Cover by Jasmine Papadoyiannis
Pages: 64 / Price: 8 euros
– 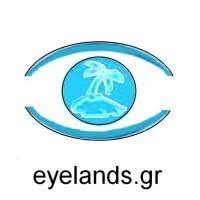